Apologizing to the Birds, again

*Note:
I wrote this post a couple of years ago, after the Boston Marathon bombings. In the following months, my son  had brain surgery, his friend's sister was diagnosed with leukemia, my daughter got an ulcer on a major artery and almost bled to death, and a friend of mine lost a daughter in a tragic accident up the canyon. And then last month our bishop and half his family went down in a plane crash, and my son asked me, "Why do so many things keep happening?"

A part of me wanted to say, it could be worse. Things could be so much worse. We live in a little bubble of safety here below our Wasatch mountains. But I didn't tell him that. It wouldn't change the pain. Or the shock of each new thing. So I just said, I don't know.

But there was this: my kids all wanted to stay  a little closer to home and to each other for awhile. And whenever we saw one of our neighbors, we cried together. I still don't have an answer. But I think we all love each other a little more. And I kept thinking about Boston, and Alyosha, apologizing to the birds, so thought I'd post this again.

***
We've all been going through a rough patch lately.

Some of the details are different. 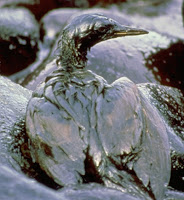 We all cried for Sandy Hook. All those children. And that movie theater in Colorado.

And back in February there was my sixteen-year-old neighbor who died of complications from flu. Not swine flu, just normal flu. The kind your kids got this winter, too. One week he was playing water-polo and fouling people in basketball and the next week he wasn't here anymore. And no, he didn't have special health problems that made him unusually vulnerable.

And then the mom of one of my kid's friends died.
And then that same friend's brother died, too, just this week. Nobody knew any details.

And of course, Boston. We're all still reeling from that. Who bombs a marathon? Kills eight-year-olds? Tries to murder people gathered together to cheer on determination and hard work and human spirit? Who does that? Nails and metal shards exploding from a pressure-cooker? What a sorry use of potential creative talent.

The same day as the marathon bombs, a middle-school girl in my city went missing. Left for school and never got there. They found her yesterday, safe and whole, and we all cried again, this time with relief.

And then yesterday, there was that explosion in Texas.

And the Senate rejecting any gun-control legislation whatsoever, as though rubbing into our faces all those Newtown and Colorado deaths by military-assault-style weapons. As though saying yeah, the world sucks, and we're going to do our best to make it suckier.

But there were also all those people in Boston rushing straight into the smoke to help. Ripping down metal barriers to get to the injured. Giving away their coats. Sharing phones. And all those runners running all those miles and then running some more to the hospital to donate blood and save some lives.

Of course they did.

Right? Wouldn't you? And the hundreds of volunteers, who didn't even know that missing girl, showing up to help search for her.

Yeah, there's horror in the world. A lot of it. There are people who try to make others suffer. It's the way this planet is. Sometimes it's the way some of us make it, and sometimes bad things just happen for no apparent reason. But part of being human is reaching out and sharing the burden. Which people do, too.

Last night my son came into my room at midnight to tell me that his hair was crunchy from the gel in it and he couldn't sleep, so he was going to take a shower, ok? And, by the way, his friend's brother who just died? It was suicide.

I don't think my kid woke me up because his hair was crunchy. He didn't want to talk much, just let me know about that suicide. Somehow it made it a little easier for him to sleep, that he didn't have to be alone knowing really horrible things happen in the world.

When I thought about it this morning, I cried again. And thought of Alyosha's hero, Father Zosima in Brothers Karamazov, telling about his brother apologizing to the birds for the condition of the world, because he knew if he were just a little bit kinder, better, more generous, things would be better for that bird outside the window, and for every other creature and person on the planet. And then Alyosha going out and trying to live that way, as if he owed the birds.

And I thought about that story I heard of the guy who stole Mr. Roger's car, and when he found out, gave it back. Because you just don't steal Mr. Roger's car--the man who sang, "you are my friend, you are special to me"? Because every kid who grew up watching Mr. Rogers secretly knew he loved us, even though we'd never met. We all need to feel that from someone.

What if we were all Fred Rogers and Alyosha Karamazov? Would people still bomb marathons?


But we can at least keep on running a few extra miles past 26.2 to donate blood. And we can keep on talking, sharing the burden of all the suffering through the stories we tell. The stories that make us feel, yeah, people are good. They really are.

I don't think the terrorists won in Boston. Humanity did. Because the stories are bigger than the bombs. Maybe we'll even get to the point where we can apologize to the birds.