In Spite of Valentine's: Writing Effective & Tasteful Romance & Emotion without Any Sap or Cheese Whatsoever

So, Valentine’s Day. It was bound to show up eventually this year.

I appreciate today for precisely one reason: See’s California Brittle, which you can get in milk or dark chocolate and comes pre-packaged in 8-oz. bags so you don't have to stand in a two-hour line like all the poor sods who want special-order mixed boxes.

Aside from Valentine’s Day always slinking around in my least-favorite month of February, which tends to be brown, and aside from three-hour wait-times at every decent restaurant in town, not to mention the in-your-face reminder to everyone not currently in a happy relationship that their lives lack that certain spark, I hold three special grudges against St. Valentine’s day. No offense to the patron saint of courtly love and epilepsy, or anyone who likes to pray to him.

1.    Purple, pink, and red look ugly together. I mean, really.
2.    Pepto-bismol-flavored candy hearts.
3.   Romance does not, in fact, equal sex or sappiness…but try telling that to Valentine’s Day. 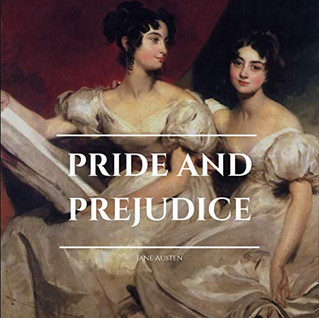 Pride and Prejudice, one of the most romantic stories of all-time, doesn’t have a single kiss in it. The only kissing—n’ stuff—happens off-stage, when Lydia runs away with Wickham (your classic dashing romantic character) and the couple hides in London, unmarried, where they, you know, do it. And are utterly bored, waiting for Darcy to find them and bribe them into marriage, because the doing-it bit turns out not to be that interesting after a while. The exciting part—the romantic part—happens between Lizzie and Darcy, who constantly fight whenever they are together and only actually touch each other once—their hands, briefly, when dancing. It’s an electric moment because it’s rare…and because Austen does not use the word electric. She understood, of course, that romantic tension has little to do with kissing and everything to do with holding off. She also understood that well-wrought romance works mostly because of interesting, complex characters. Darcy is a romantic trope now, but he wasn’t when Pride and Prejudice hit the booksellers several hundred years ago. He’s rich and good-looking (mainly good-looking because of the money, Elizabeth jokes), but he’s also a snob who goes around sneering at people and hurting their feelings and won’t dance with Elizabeth because she’s not pretty enough. He’s shy and awkward and blunt and unforgiving and doesn’t know what to do with a sense of humor when it up and smacks him in the face. Of course Elizabeth falls in love with attractive and charming Wickham first. She hates Darcy’s guts for good reason. She only comes to love him after a lot of disgust and fighting and after slowly discovering his lovable qualities—things like integrity, and adoring his little sister, and kindness when nobody’s looking, and true generosity when it matters. Elizabeth claims she falls in love with Darcy the moment she sees his big, beautiful house, but we don’t believe it (in spite of an 18-century woman’s lack of job options) because Austen has been setting us up all along with little glimpses of possibility in the middle of the conflict. It’s intensely romantic, and all with no kissing or even any eye-gazing, because Lizzy is too embarrassed to look into Darcy’s eyes long enough to find out what color they are. So we never know. 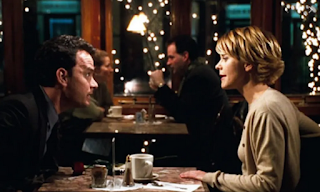 The rom-coms of the 90’s figured Austen had it right and left out most of the touching, too, to great effect. Sometimes characters spend all their time together fighting, meanwhile sharing anonymous vulnerable moments over email. Sometimes they don’t meet until the end, after we’ve come to really know and like these people, and often they’re the last people to figure out that, yeah, they maybe are in love after all. The 90’s rom-coms worked because they focused on character and tension and made us desperately want the couple to get together without giving that to us until the very end. Which made the end oh-so-satisfying.

Intense emotion of any kind is hard to write well, in fact. It can so easily become sappy and cheesy and knock us out of the fictional dream the story worked so hard to create. So, a few additional thoughts, mostly gleaned from some other great writers on writing strong emotion (i.e., love) without cheesiness or sappiness. Feel free to add literal cheese and actual tree-sap if you like. Just stay away from the figurative kinds.

1.    Martine Leavitt: Make it fresh. No breathings of any kind: heavy breathing, heaving bodices, breath-holding, breathlessness. No clenchings, hands or jaw. No tingling, crushing, or electricity images. No gazing into eyes. In fact, avoid describing eyes and physical appearance. Focus on behavior.
2.    Martine again: No crying. Crying kills sympathy. Sorry.
3.    Dostoyevsky: Make it about the characters. Try to fully empathize with even your most despicable ones—what would they really think and feel?
4.    John Gardner: Don’t tell us how a character feels; use setting to make us feel it, too. What’s happening in the environment around them? Don’t mention love, attraction, or lust.
5.    Tolstoy and Gary D. Schmidt: use imagery in the environment as a metaphor for the emotion (like Tolstoy’s budding tree or Schmidt’s bird in Okay for Now)…but don’t point out that it’s a metaphor.
6.    Henry James: be sincere. Avoid manipulation.
7.    Shakespeare: Use humor. Too much intensity can pull us out of the fictional dream.
8.    Jane Austen: less is more. Keep it simple, a light touch. Small interactions, non-sexual touching.
9.    The Bronte sisters: Tension is essential. But build the conflict into the story so it doesn’t feel contrived.
10. Tolstoy and James and Dostoevsky and Dickens and basically every great storyteller ever: Make the story about something besides the romance.

In fact, we all get our emotional scenes wrong probably more often than not. I shudder when I go back and read my own writing half the time. "Pure slop," I moan. "Cheesy drivel. Please don't let me die before I revise." But that's why we keep reading and working on our craft, right? The masters had it down. It's up to us to work for something more than cringe-worthy.